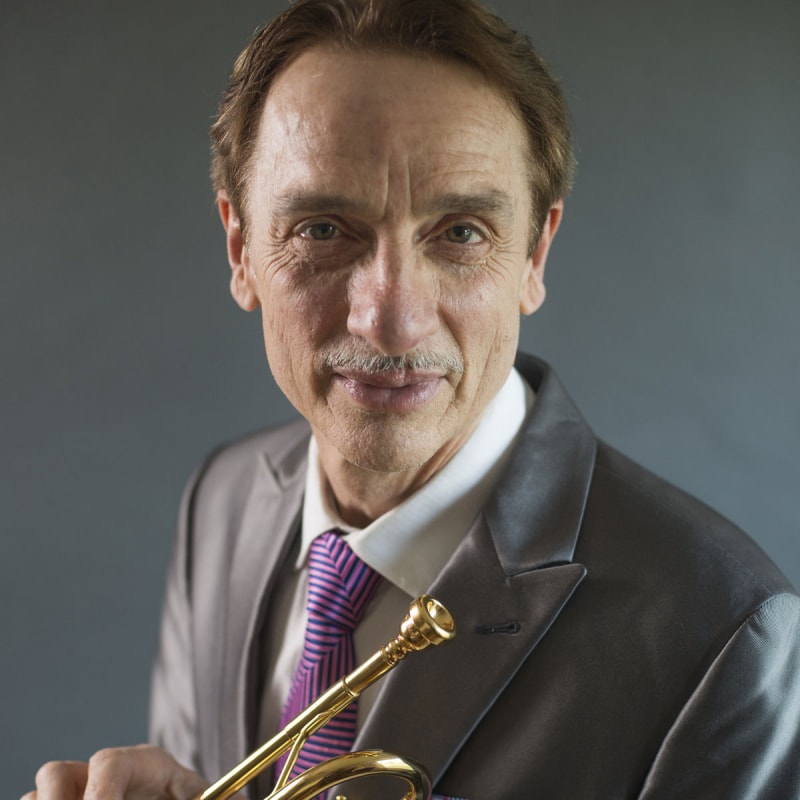 Equally at home in a multitude of musical idioms, the Seattle-based Allen Vizzutti has visited 40 countries and every state in the Union to perform with artists and ensembles including Chick Corea, Doc Severinsen, the NBC Tonight Show Band, and Woody Herman. Performing as a classical and a jazz artist (often in the same evening), he has appeared as guest soloist with symphonies in Tokyo, St. Louis, Seattle, Milwaukee, Buffalo, and Phoenix, to name a few. Allen has performed solo at the Hollywood Bowl, Carnegie Hall, Newport Jazz Festival, Banff Centre for the Arts, Lincoln Center, Montreaux Jazz Festival, the Grand Teton, Vail, Aspen, and Brechenridge music festivals.

As artist-in-residence, Allen has taught at the Eastman School of Music, the Banff Centre for the Arts, Kansas, Ohio, and West Texas state universities, the Skidmore Jazz Institute, and the Trompeten Akademie of Bremen, Germany. He is currently artist-in-residence at the University of South Carolina.

His extensive treatise The Allen Vizzutti Trumpet Method and his New Concepts for Trumpet have become standard works for trumpet study worldwide. His writing includes solo pieces for flute, clarinet, saxophone, trombone, tuba, and harp, chamber groups, wind ensemble, jazz ensemble, and symphony orchestra. Allen’s love of expression through composition has led to premiere performances by the L.A.Phil, Budapest Radio Orchestra, the Royal Philharmonic of London, the London Symphony, and others.

While growing up in Montana, Allen was taught by his father, a self-taught musician and trumpet player, until he left home to attend the Eastman School of Music on full scholarship. There he earned the Bachelor of Music and Master of Music degrees, a Performer’s Certificate, a chair in the Eastman Brass Quintet faculty ensemble, and the only Artist’s Diploma ever awarded a wind player in Eastman’s 85-year history.

While living in Los Angeles during the 80’s, Allen performed on over 100 motion picture sound tracks, (such as Back To The Future and Star Trek), as well as countless TV shows, commercials, and recordings with such artists as Frank Sinatra, Barbra Streisand, Neil Diamond, Chick Corea, the Commodores, and Prince. His soaring sounds can be heard on recent projects including the movies Furry Vengeance, 40 Days and 40 Nights, Unfaithfully Yours, Gridiron Gang, Scary Movie 4, as well as the Medal of Honor, Gears Of War 3 and Halo video games. 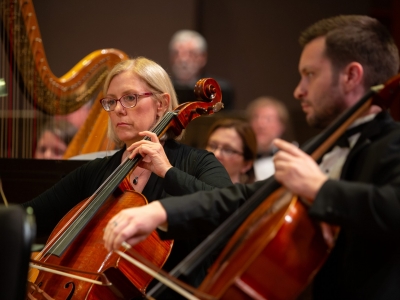 CANCELLED — Evoking the shimmering Bohemian countryside and bringing to life his signature melodies and dance-like rhythms, Dvořák's Eighth Symphony is a pastoral pleasure you don't want to miss!