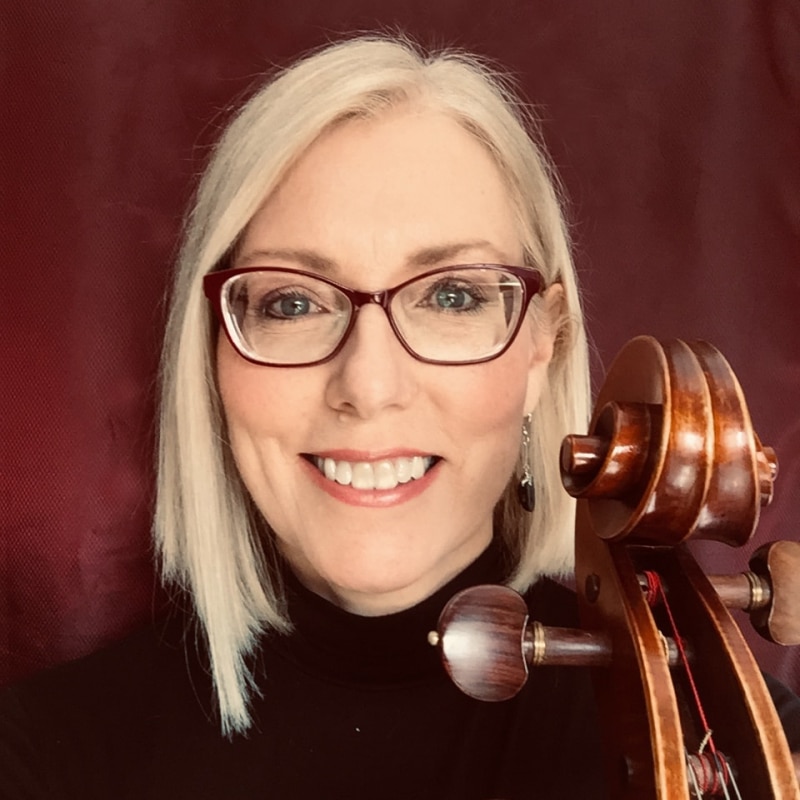 A Midwest native, Anne has made Portland her home since 2015. She began her cello studies at the Lawrence University Conservatory of Music in Wisconsin, and completed her B.M. in Cello Performance at DePaul University in Chicago. There, Anne studied with her beloved Gilda Barston, both in applied cello and in long-term Suzuki Pedagogy. Additional Suzuki training was completed with many prominent teachers at the both the Chicago and Oregon Suzuki Institutes. Studio teachers also included Joseph (Sam) Sciachitano, and in master class with Lynn Harrell.

In addition to her role with Portland Columbia Symphony, Anne has played summers with the Breval Music Festival Orchestra (NC), the Chicago Civic Symphony, the Idaho State Civic Symphony, and the Green Bay Symphony. She has also performed extensively in the Chicago area with many chamber ensembles.

Anne has pioneered and taught for numerous Suzuki cello programs, including the Chicago Music Institute, Chicago Waldorf School, Baker Demonstration School, Univ. of Wis.-Oshkosh, American Suzuki Institute, Idaho State University, Rose City Music Academy, and many wonderful Suzuki programs in the Chicago area. She served as director of the Idaho State Summer Music Camp, and has maintained private cello studios in Wisconsin, Illinois, Idaho, and now with her own Sato Cello Studio in Beaverton, Oregon. She is an active member of the OSA (Oregon Suzuki Association) and the SAA (Suzuki Association of the Americas).

In Chicago, Anne had an additional 15-year career as a massage therapist, and in Portland studied at the School of Traditional Western Herbalism. She adores gardening, loves cooking, and revels in the abundant nature of Oregon while hiking and gathering medicinal herbs. Her adult children and husband are the joys of her life.