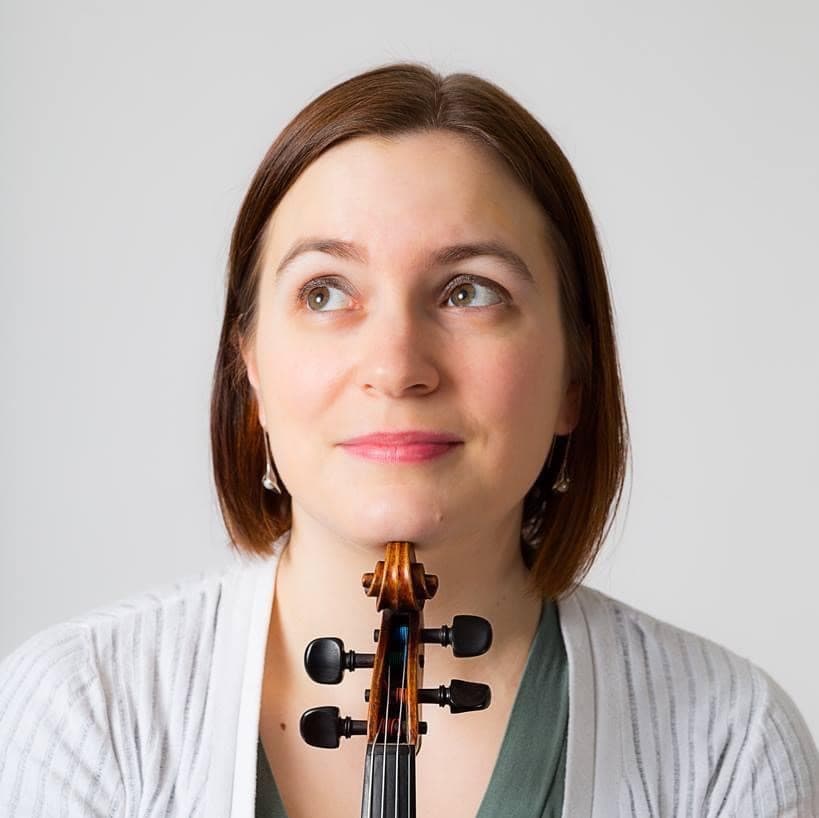 Charismatic violinist and presenter Casey Bozell offers performances and music experiences which engage and inspire audiences across the Pacific Northwest. Her bold and colorful playing “draws out strong emotions” (The Linfield Review) and casts new light on traditional repertoire. As a presenter, Casey shares a magnetic enthusiasm for music which, when coupled with her approachable and cheerful personality, widens and deepens audiences and their connection to classical music.

Casey is the concertmaster of the Newport Symphony and is also a member of the Portland Opera Orchestra and Oregon Ballet Theater. Recent solo engagements include appearances with the Newport Symphony, Beaverton Symphony, Linfield Chamber Orchestra, and the Central Oregon Chamber Orchestra as well as guest artist recitals at the University of Northern Colorado, Eastern Oregon University, and Linfield College. An adept chamber musician, Casey is a founding member of the Hammers and Bows piano trio and Element String Quartet. Committed to exploring new possibilities for her instrument within the context of what it means to be Oregonian, Casey has commissioned six new compositions by talented local composers. Among her world premiere performances are compositions by Thomas Barber, Amelia Bierly, Douglas Detrick, and Nora Ryan.

On May 1st, 2020, Casey launched the podcast “Keep Classical Weird,” which has since grown an immense following, with over 12,000 downloads in 75 countries. These fascinating episodes cover a wide variety of intriguing topics cherry-picked from the world of classical music, and present them in an approachable and fun way. As the Willamette Week noted, Casey’s “plucky personality and infectious enthusiasm” have quickly gained her a loyal following of listeners.

Passionate about developing creativity and musical literacy in young people, she serves on the faculty of the Young Musicians and Artists summer camp (since 2010), and was a Violin and Viola Instructor at Concordia University for ten years where she directed the Concordia University String Ensemble. Past positions also include teaching at Corban, Pacific and Marylhurst Universities. Her students have participated in the Metropolitan Youth Symphony, Pro-Arte Youth Orchestra, Oregon All-State Orchestra, and have won college scholarships and concerto competitions across the Pacific Northwest region.