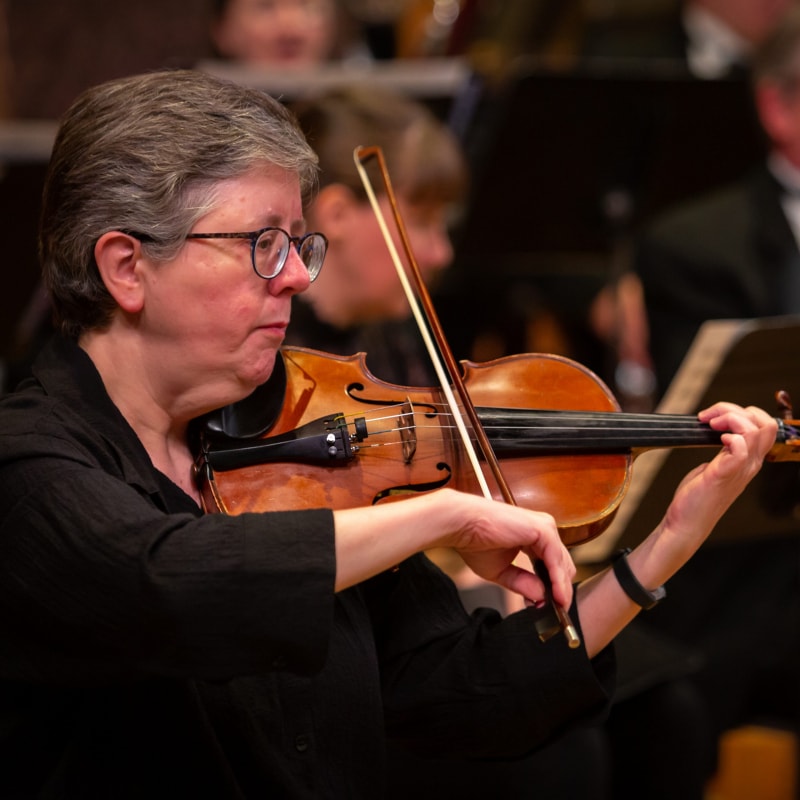 At nine years old, Cherie was seduced by the sound of bluegrass fiddle, and begged her grandparents for a violin. In a hopeful effort to keep her off the streets, they gave in, and soon Cherie was “entertaining” her family with dubious efforts at such favorites as “Hot Cross Buns” and the ever-popular “Twinkle, Twinkle.”

Eventually the family grew weary of these time-tested tunes, so they sent Cherie off for private lessons with Lydia Woods (in Salem) in hopes she could learn something else. Much to their relief, she did.

At Southern Oregon State College, Cherie considered her talent as a violinist and decided the most prudent course of action was to major in Business Administration. Music, however, was always plucking at her heartstrings, so she took a minor in music, all the while taking lessons from Dr. Fred Palmer.

After graduating from college, Cherie started looking for work during the middle of a recession and was very fortunate to gain employment at Portland General Electric, where she performed daily as a communications support specialist in the Human Resources Department.

Cherie has been a member of Portland Columbia Symphony Orchestra since about 1984 and has also subbed for many other local orchestras, playing both violin and viola (but not at the same time). She attends various workshops and camps during the year where she can feed her chamber music habit to her heart’s content.