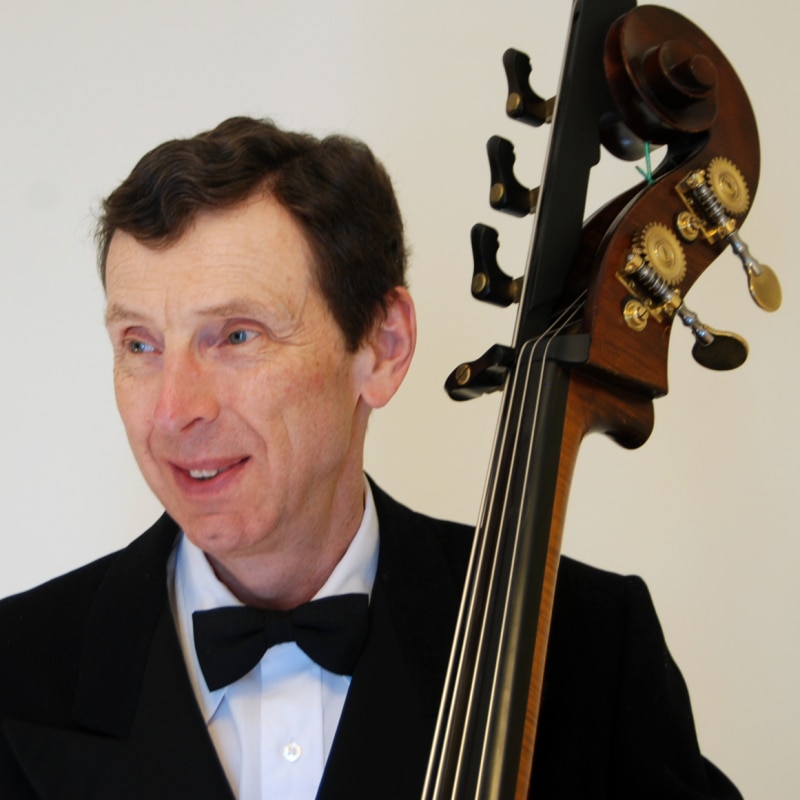 Double bassist David Knaub grew up around the fringes of the Eastman School of Music where his father taught, and was babysat by some of the finest future brass players of the world. His long but narrow fingers and his orthodontist directed young David’s interests away from low brass and towards the double bass. “It’s kind of similar,” he says. “The pieces with really good trombone parts usually have really good bass parts too.”

Among his teachers have been bass players from the Rochester Philharmonic, New York City Ballet Orchestra, and the Houston Symphony. David performed seven seasons with the Houston Civic Symphony and the Houston Sinfonietta, and has played with Portland Columbia Symphony since 1989. Demonstrating the versatility of the double bass, he has also played in a big band, a cowboy band, a blues band, and in pit orchestras for musicals.

David is a retired mechanical engineer, and holds 43 patents. When not practicing, he enjoys biking, hiking, kayaking, and restoring an old house with his biggest fan, Katie.