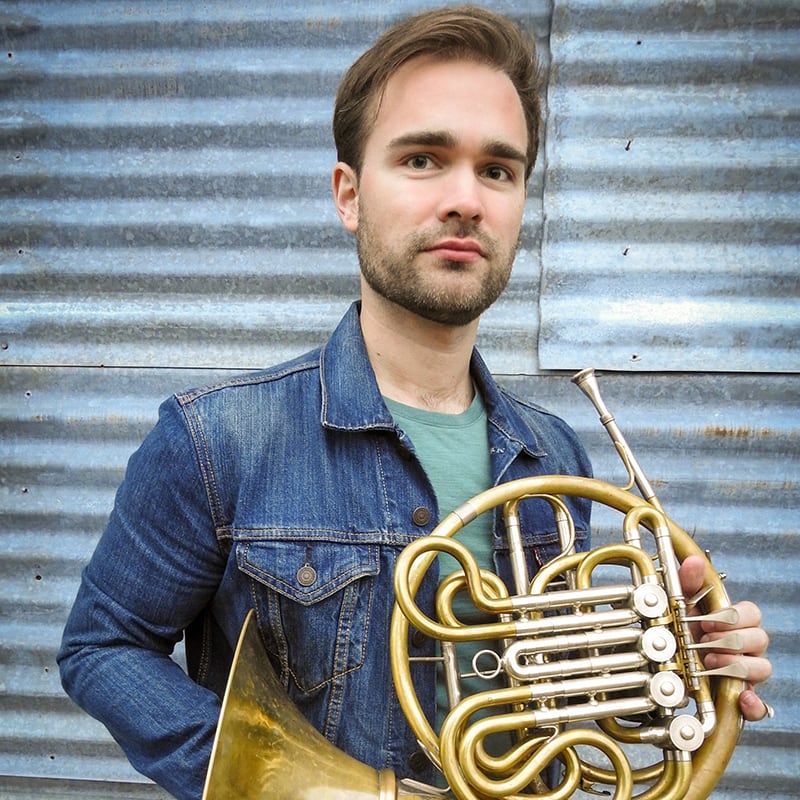 Currently living in Salem, Derek is an active freelancer in the Willamette valley. In addition to Portland Columbia Symphony, he has played with the Newport Symphony and Vancouver Symphony. In 2018, he received his B.S. in Civil Engineering from Portland State University. Derek began his musical studies in saxophone as a child, and later in voice. Not caring for the improvisational nature of the saxophone and after having developed a love for orchestral music, Derek ambitiously took on the challenge as an adult of learning one of the most notoriously difficult instruments: the French horn. While he was attending PSU, he took lessons from Dr. Daniel Partridge and Dr. Melissa Robinson with the goal of being proficient enough to play in the university orchestra by the time he graduated. He fell in love with the instrument and quickly rose to being the principal player of the university’s wind symphony, orchestra, opera, and had a senior recital as a non-major.

In Salem, Derek co-founded the wind quintet, Ventus, plays principal horn with Salem Philharmonia Orchestra, and 2nd horn with Salem Orchestra. He lives with his two Tonkinese cats and works for ODOT as a traffic signal timer. In his free time, he enjoys learning new skills needed to work on his house and tends his garden.