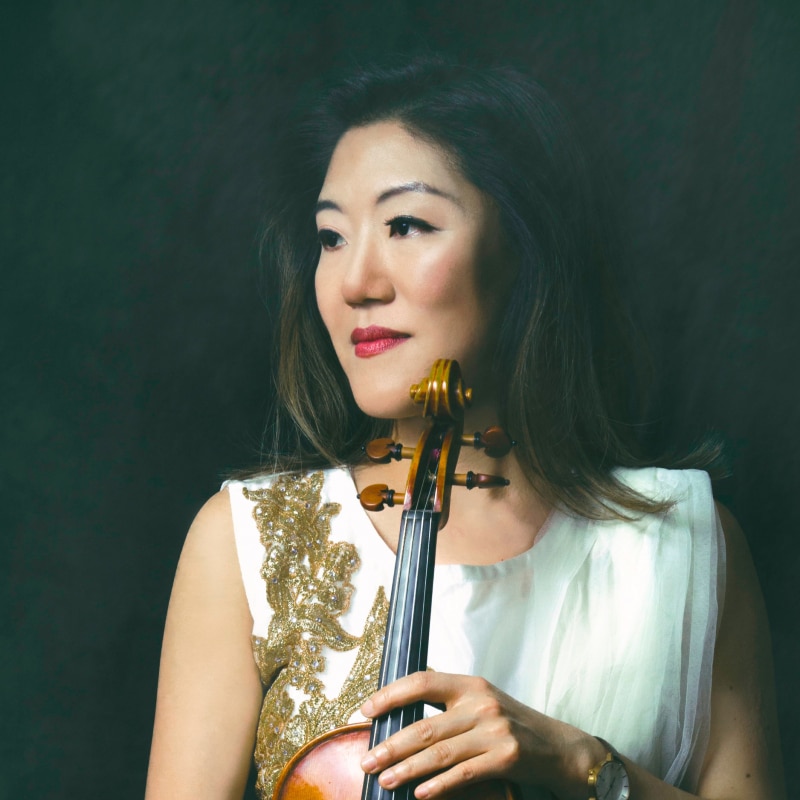 Er-Gene Kahng is a violinist, researcher and professor whose work first came to light through her advocacy of African-American composer, Florence Price. Her recording of Price’s Violin Concertos has been cited and praised by sources such as The Guardian, The Wall Street Journal, The New Yorker, and The New York Times as an important contribution to American classical music, and has aired on programs like NPR’s Songs we Love, and APM’s Performance Today.

She has collaborated with organizations like Crystal Bridges Museum of American Art, Hong Kong Arts Academy, Texas Ballet Theater, and the Banff Centre. Er-Gene is concertmaster of the Fort Smith Symphony Orchestra and the Arkansas Philharmonic Orchestra; she has been involved with the North Mississippi, New Haven, Albany, Lancaster, Eastern Connecticut, Tulsa, Baton Rouge Symphonies and the Civic Orchestra of Chicago.

Er-Gene aims to continue the work of equity, diversity and inclusion by exploring the ways contemporary American classical music can intersect with, and highlight, forgotten narratives of the past and thus shape the musical values of the present and future. Er-Gene is a former Visiting Fellow at Wolfson College, Cambridge University, and received degrees from UCLA, Yale and Northwestern Universities. She is Full Professor of Violin and Director of Graduate Studies at the University of Arkansas in Fayetteville.