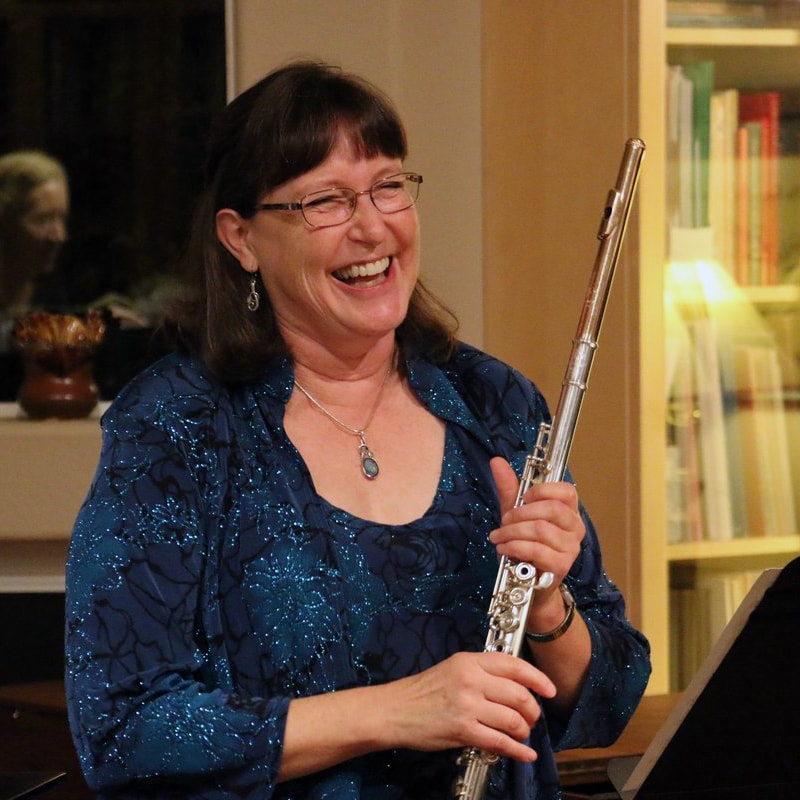 Second flute and piccolo player Gail Gillespie moved to Portland in 2009, shortly after retiring as principal flute of the U.S. Marine Band, “The President’s Own,” in Washington, D.C. During her 30-year tenure there, she served 26 years as principal flute, and was often featured as a soloist with both the band and White House chamber orchestra. Born in Hawaii, Gail received her Bachelor of Music in Performance, with honors, from the New England Conservatory of Music, in Boston, Massachusetts.

Her primary flute instructors include Jean Harling, Paula Robison, James Pappoutsakis, and Toshiko Kohno. Since “retiring” to Portland, Gail has been an active freelance musician, subbing with the Oregon, Newport, and Vancouver symphonies, as well as other groups in the area. A member of the Portland Columbia Symphony since 2013, Gail also teaches flute lessons in a studio in NE Portland.

Gail sings alto in the choir at Westminster Presbyterian Church in NE Portland, and often plays flute during services there. The kindness and beauty of Oregon bring her great joy.