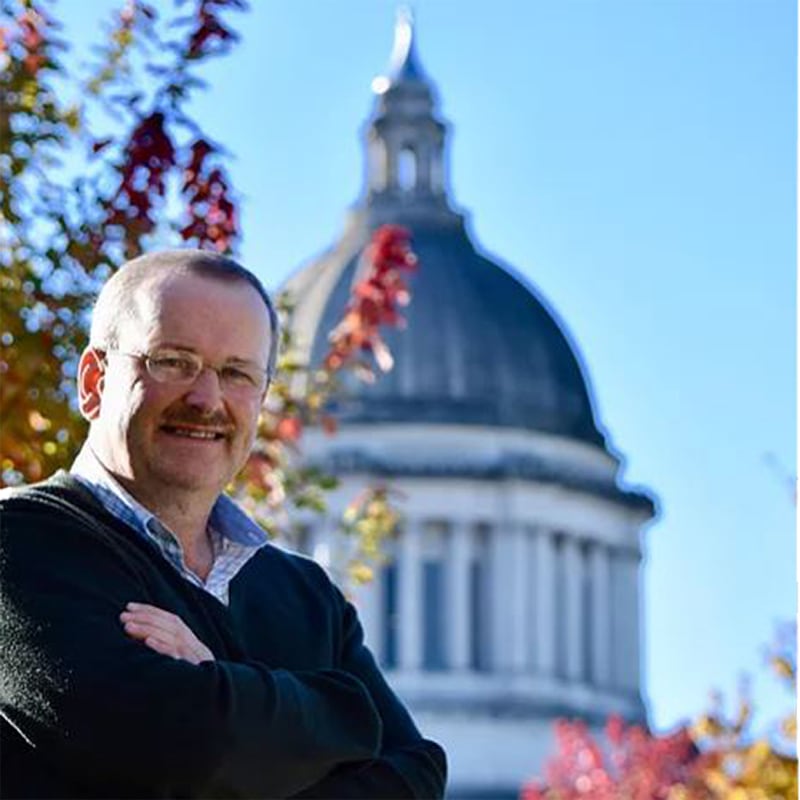 Huw Edwards was the Music Director of Portland Columbia Symphony from 2000 to 2012, and after his final concert was immediately named the orchestra’s Conductor Emeritus. From 2002 to 2005 Mr. Edwards was Music Director of the Seattle Youth Symphony Orchestras and a faculty member at the Marrowstone Music Festival from 1998-2005. Mr. Edwards moved to Seattle after seven wonderful seasons (1995-2002) as Music Director of the Portland Youth Philharmonic, a tenure which included numerous innovations, recordings, a coveted ASCAP Award and landmark tours to Canada, New Zealand and Australia.

Active as a guest conductor and clinician Mr. Edwards has performed with numerous orchestras all over the world – including Hong Kong, Australia, New Zealand, the British Isles, Canada, and throughout the USA. Huw has felt enriched teaching music courses at the South Sound Senior Center, which he continues to do.

Born in Wales, Great Britain, Mr. Edwards holds degrees from the University of Surrey in England and Southern Methodist University in Dallas. Mr. Edwards was also a lecturer at Northwestern University in Evanston, IL and a Doctoral candidate (1991-95). Mr. Edwards has been active as a conductor since the age of 17 when he was appointed Music Director of the Maidstone G&S Society in England—a post he held for six years—and came to the United States in 1988 on scholarship to attend SMU in Texas. He is deeply indebted to his principal teachers: Simon Johnson and Barry Wordsworth (London), Anshel Brusilow and Eduardo Mata (Dallas), and Victor Yampolsky (Chicago).

Huw enjoys travel and discovery, golf with close buddies, his wine-group friends, rejuvenating sessions at The Yoga Loft, and is looking forward to the freedom of simplicity by spending more of his time with family near London and revisiting places in Europe.