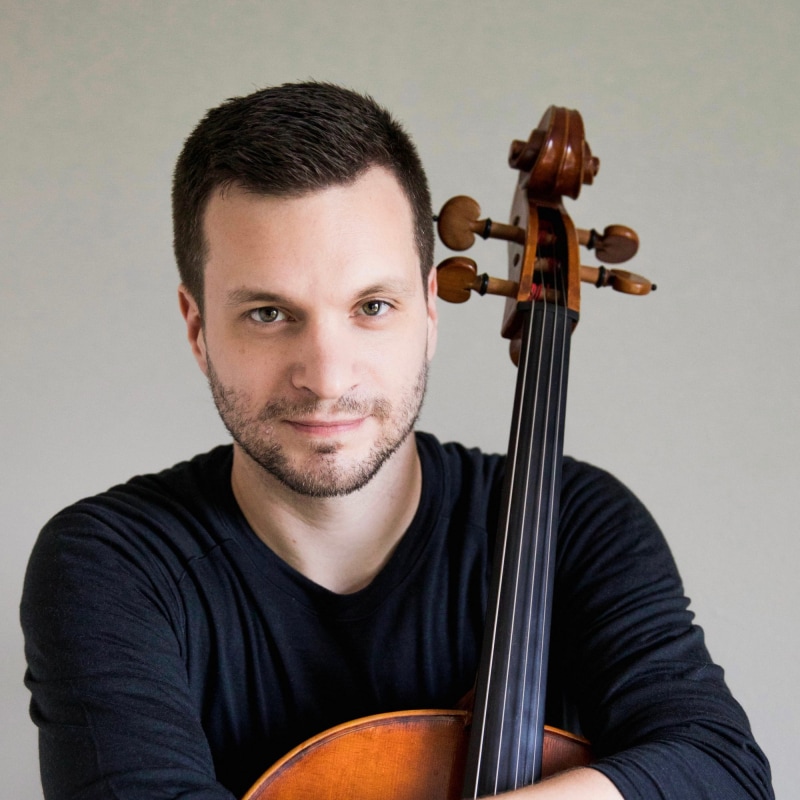 Kyle joined the cello section of Portland Columbia Symphony in 2015. During the day, he is a practicing attorney with an emphasis in real estate law, making sure to leave time for practicing and performing on the side. Born and raised in Portland, Kyle performed with the Portland Youth Philharmonic and was cello section leader in the Metropolitan Youth Symphony his senior year of high school. During that time, he benefited from his studies with Hamilton Cheifetz. He went on to earn a degree in cello performance at Brigham Young University – Idaho, studying with Robert Tueller. He was the winner of the music school’s concerto competition in 2007 and a quartet competition at Boise State University. He attended the Aspen Music Festival and School in the summer of 2008, and later earned his law degree at Brigham Young University law school. Scarcely a year has gone by since starting the cello at age 11 that Kyle has not been performing with an orchestra of some kind. In addition to PCSO, Kyle performs with ARCO-PDX and welcomes the opportunity to perform in chamber and orchestral settings. He lives in Sherwood, Oregon with his wife, Kellie and two children, Wesley and Ella.