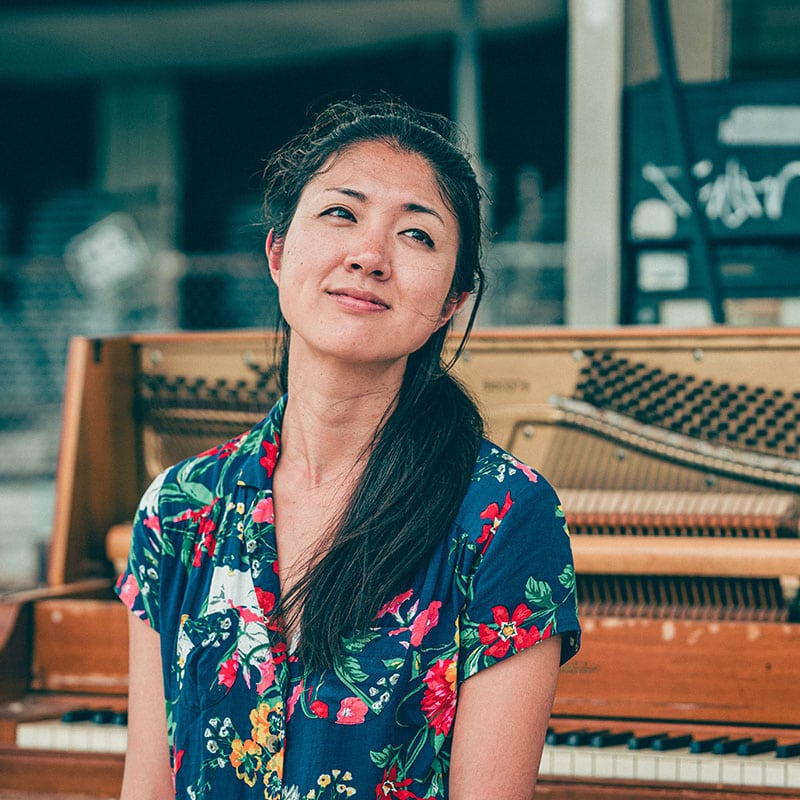 Pianist Miki Sawada, whose performance made The Boston Globe’s Best Of Arts 2021 list “The classical concerts that made me fall in love with live music again,” is known as a fearless musician who is taking classical music where others are not.

Through her signature project Gather Hear Tour, Miki is traveling the country state-by-state with a piano in a van to perform in community gathering spaces instead of concert halls. The mission is to connect with Americans across socioeconomic and political boundaries through music; Gather Hear attempts to find what unites us as humans in this nation of deep divide. Miki has given more than 70 free concerts in Alaska (2017), West Virginia (2018), Massachusetts (2021), Utah (2021), and Louisiana (2022), very often in rural communities where no live classical music is available. [www.gatherhear.com]

When not trucking around with her own piano, Miki enjoys a career of solo and chamber music, with a special affinity for contemporary music. Miki has been featured at venues and occasions such as: Weill Hall at Carnegie Hall, Helsinki Music Centre, The Arctic Philharmonic (Norway), the Metropolitan Museum of Art, Joe’s Pub at the Public Theater (NYC), Roulette (Brooklyn), MATA Festival (NYC), Toronto Summer Music Festival,  Music on Main (Vancouver), Chicago Symphony Center’s Macy’s Day of Music, the Banff Centre, New Music New Haven, PianoFest in the Hamptons, Art Base (Belgium), and Moulin d’Andé (France). She has been featured for live interviews and performances on WQXR (NYC), WFMT (Chicago), KUAC (Fairbanks), West Virginia Public Broadcasting (Charleston), and All Classical Portland (Oregon). In the summers, she is a faculty member of Heifetz Institute in Virginia. She has commissioned several solo pieces with support from New Music USA, and in 2021 released her debut album “A Kind of Mirror” featuring music for piano and electronics by composer Brendon Randall-Myers.

Miki is an ultramarathon runner and raced 80 miles through the Idaho mountains this summer. She lives in Boston with her husband Kristopher Tong (Borromeo Quartet) and their rescue German Shepherd mix named Shakira. 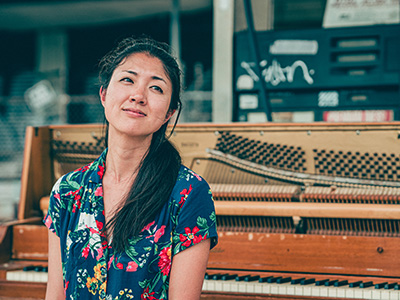