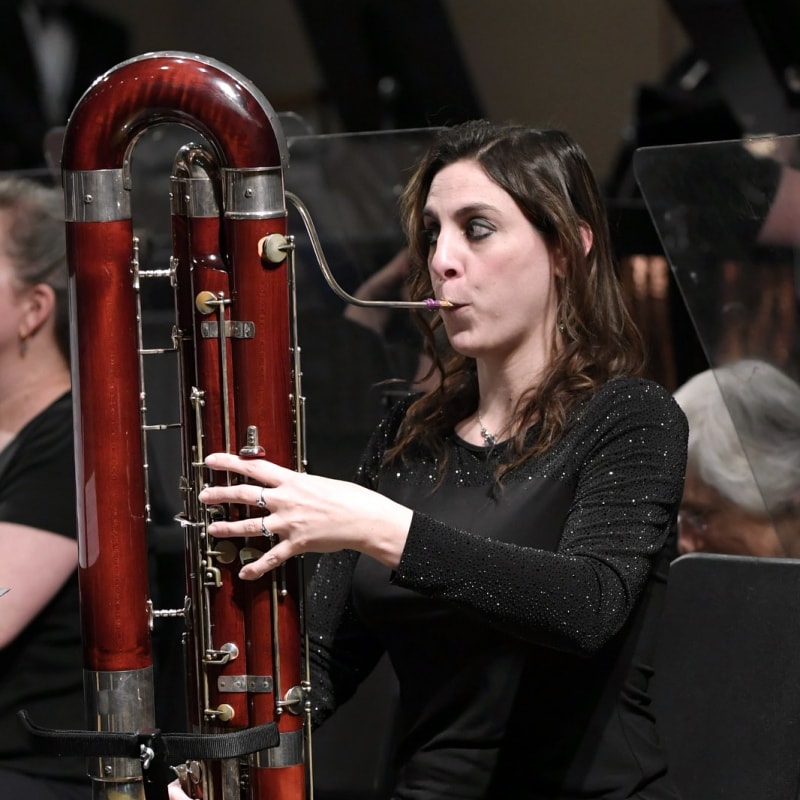 Nicole Buetti has composed extensively for chamber ensembles and large ensembles of various configurations, as well as children’s music and music for media. She spent several years in the Los Angeles area working as a composer in the film and television industries, and has had music commissioned and licensed for use all over the world. She has been honored for her film score work at the Wild Rose International Film Fest, Dodge Grant Association, and Telly Awards Association.

Nicole co-owns Goes to Eleven Media, a music and media company specializing in recorded music for film and television and children’s educational songs.  In 2017, she released her 6th album of songs for kids called Just Be You! which was honored with both a Parent’s Picks Award for Top 5 Best Preschool and Elementary Music CD’s of 2018 and a 2017 Educational CD of the Year by Creative Child Magazine. Her song “Halloween Masquerade Waltz” won Fan Favorite in the 10th Annual Independent Music Awards’ Best Holiday Song category.

In addition playing contrabassoon and bassoon in Portland Columbia Symphony, Nicole performs in the Vancouver (WA) Symphony, Oregon East Symphony, and the Oregon Coast Music Festival, and is an active freelancer in both Oregon and Washington as well as abroad. She has performed with the Haydn Music Festival Orchestra in Vienna, and as a soloist and chamber music artist with the Assisi Performing Arts Festival in Italy, where she was appointed Composer in 2013. Nicole has also published several works for chamber groups and wind bands, which are available from Forton Music, Brotons-Mercadal Publishing and JW Pepper.

When she is not composing or performing, Nicole teaches bassoon at the University of Portland and has her own private teaching studio. She believes aspiring musicians should be open to different musical experiences – embrace the weird and whimsical. She loves being involved in all styles and genres of music especially music for children.

The Bassoon Section is sponsored by Diana & William Dameron