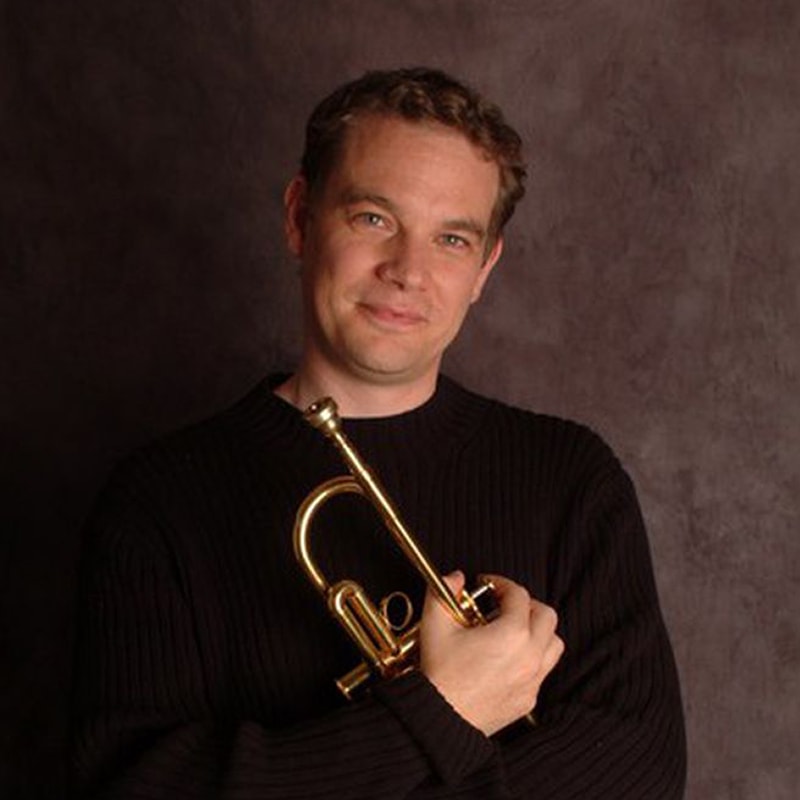 Trumpeter Ryan Anthony is noted for his varied career as soloist, educator, chamber musician and orchestral player.  After his departure from the world-renowned ensemble Canadian Brass, Anthony quickly became one of the most sought after trumpet players in America both as a soloist and orchestral player.

Ryan Anthony’s solo career started as a 16-year-old prodigy when he won the highly publicized Seventeen Magazine/General Motors Concerto Competition —the second person ever to win the Grand Prize after Joshua Bell.  Subsequent teenage appearances included major orchestras, New York radio features and private appearances in Washington D.C. including The White House and State Department. Over 30 states have heard Mr. Anthony as soloist in the last decade alone. The 2017-2018 Season will see the return of Mr. Anthony as soloist with the Dallas Symphony Orchestra, Winston-Salem Symphony, Bozeman Symphony Orchestra along with Dallas Wind Symphony, University of North Texas as featured artist for the National Trumpet Conference and United States Air Force Band as featured artist for the International Trumpet Guild Conference.

As an educator he joined the faculty at Southern Methodist University in 2016. Mr. Anthony was Assistant Professor of Trumpet at Oberlin College Conservatory of Music prior to joining the Canadian Brass and served as Artist/Faculty at North Carolina School of the Arts during 2004-2005. His master classes have spanned the globe to include leading conservatories in Europe, Asia, and North America. He is currently a Yamaha artist and has edited and recorded both the Haydn and Hummel Trumpet Concertos for Hal Leonard Publishing. A graduate of the Cleveland Institute of Music, Ryan Anthony received the school’s Alumni Achievement Award in 2001.

The Fall of 2012 brought a change to Mr. Anthony’s life and career with a diagnosis of an incurable cancer. After a stem cell transplant for Multiple Myeloma (cancer of the bone marrow and blood) he started The Ryan Anthony Foundation 501(c)(3) non-profit organization using music to promote cancer research. The concerts called “CancerBlows” have taken off as an important vehicle for musicians and audiences to unite in finding a cure. The success of CancerBlows and Mr. Anthony’s work with patients through music helped give him the “Spirit of Hope” award in 2016. Mr. Anthony will receive the “Courage and Commitment” award in October 2017 at the Multiple Myeloma Research Foundation’s Gala in Greenwich, CT, performing with Tony Bennett.