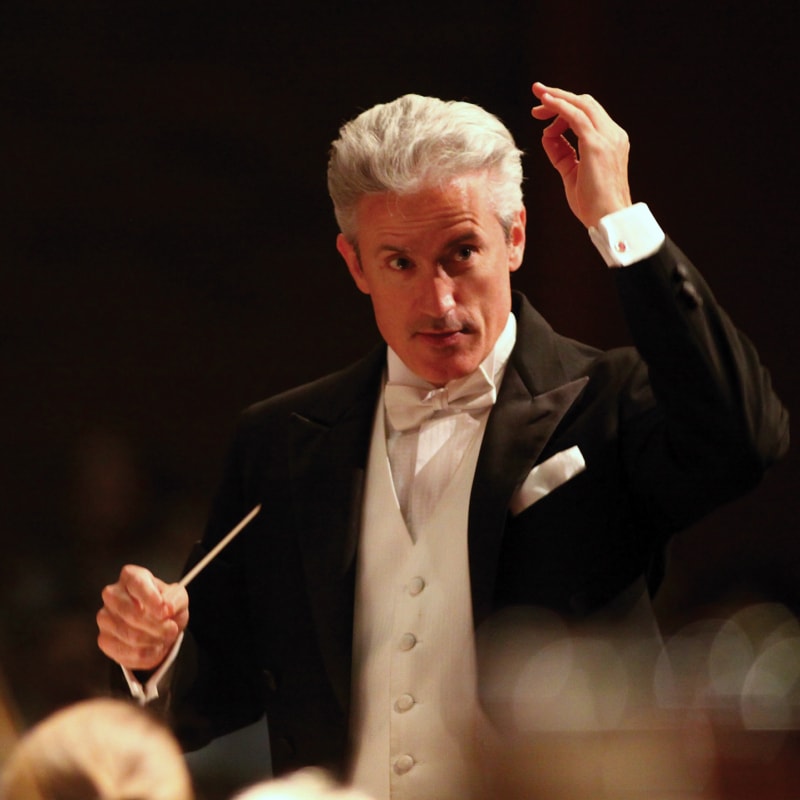 Steven Byess is a dynamic and passionate conductor, hailed by critics as “masterful and brilliant,” “creating the epitome of instrumental elegance,” and capturing “the full spirit and vitality of the score perfectly.” Recognized for his musical versatility, multi-faceted presence on the podium, and passion for music education, he is devoted to promoting a life-long love and enthusiasm for music and the arts.

Steven is celebrating his 9th season as music director of the Portland Columbia Symphony Orchestra (Oregon), and also serves as the music director of the Arkansas Philharmonic Orchestra, and the North Mississippi Symphony Orchestra. He conducted the U.S. premiere of Russian violinist Alexander Markov’s Rock Concerto at Carnegie Hall in New York, and was selected by Walt Disney World Entertainment to conduct the 2000 NFL E*TRADE Super Bowl Halftime show, where he performed for a television audience of 88 million fans.

As a passionate advocate for the arts, Steven is sought after for his speeches on the arts, music, and education, and has organized collaborations with numerous choruses, chamber music ensembles, and festivals. He wrote and co-directed a PBS presentation, Count On It!, designed to connect music and mathematics for children grades K-3. Since 2013, he has shared this passion with over 80,000 children around the country as a conductor of the Carnegie Hall Weill Music Institute Link Up orchestral education concerts.

A prolific conductor of opera from grand to contemporary, his performances include Puccini’s La Bohème and a critically acclaimed production of Robert Ward’s The Crucible at the International Vocal Arts Institute in Tel Aviv, Israel; Puccini’s Madama Butterfly with Greensboro Opera; Bizet’s Carmen with Emerald City Opera (Colorado); Copland’s The Tender Land, Sullivan’s H.M.S. Pinafore and The Pirates of Penzance, and a collaboration with composer Ricky Ian Gordon on his opera “27” with Intermountain Opera (Montana); and Weill’s Street Scene and Sullivan’s The Pirates of Penzance with the Eastman School of Music Opera Theatre. Steven has been a guest conductor at the Pine Mountain Music Festival in Michigan for their productions of Le tragédie de Carmen (Bizet/Brook), a highly acclaimed production of Leonard Bernstein’s Candide, collaborating with the composer’s daughter Jamie Bernstein, and Mozart’s Die Zauberflöte.

Steven is the former associate music director of the Ohio Light Opera where he conducted over 80 productions and 21 commercial recordings, including repertoire ranging from well- to little-known operas and operettas to blockbuster classic American musical theater works.

In addition to over 60 symphonic performances in the 2022-2023 season, Steven will conduct ballet productions of The Nutcracker, Giselle, The Sleeping Beauty, and Appalachian Spring.