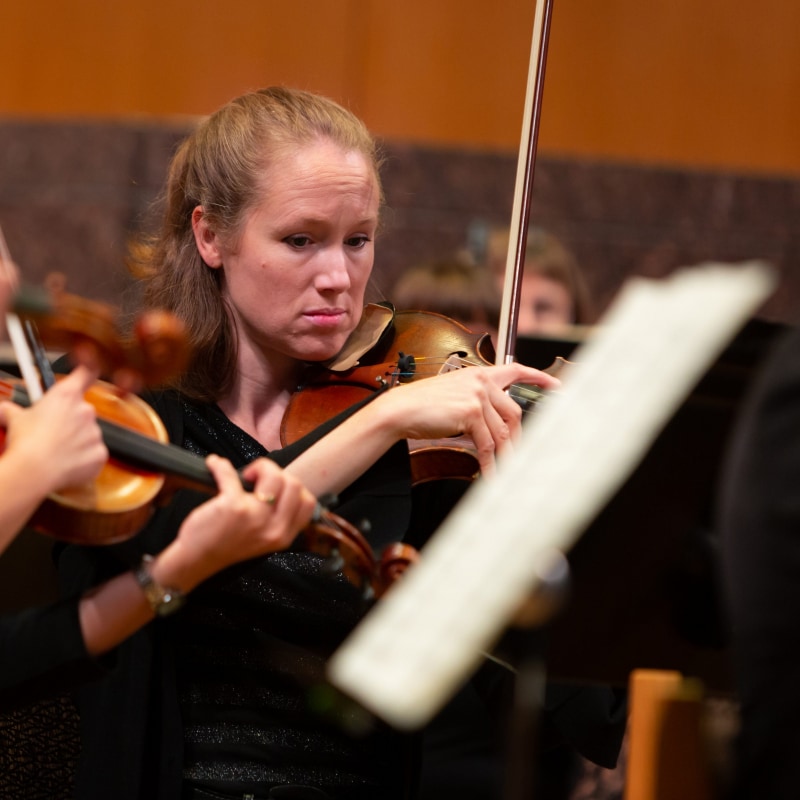 Vicky Westerfield enrolled in a school-based strings class in the fifth grade. Not believing she really wanted to play, her mother put off getting Vicky an instrument until near year’s end, when Vicky auditioned with a friend’s instrument and won a solo that required her owning a violin. Her mother’s legendary response was: “You’re still in that class?” Vicky then begged for private lessons and her moher, finally seeing the determination, started her in private lessons with Laurie Cassella.

Vicky thrived as a student and had many wonderful musical experiences while growing up, including being a member of the Portland Youth Philharmonic, with whom she traveled to both Japan and Germany. During this time, she took private lessons from Raphael Spiro and was also closely mentored by Larry and Lorely Zgonc. Vicky eventually knew she wanted to major in music, and received a full scholarship from the University of Arizona in Tucson, where she studied privately with Mark Rush and earned her bachelor’s and master’s degrees.

Taking several years off to start a family, Vicky moved back to Portland with her husband and four children and over 60 birds (yes, you read that right!). She has played violin exclusively for the Portland Columbia Symphony since 2008. She also runs a business with her husband in the window covering industry. In her limited spare time, she teaches violin and viola privately, and races bikes all over the Northwest with her entire family providing year-round adventure! Unlike some of her family, she has not broken any bones yet … knock on wood (where’s that violin when you need it?).