As savvy listeners know, it’s all about the B-side – what’s overlooked at first can become illuminating, even defining, with hindsight. Beethoven’s King Stephen Overture contains the first hints of his immortal Ninth Symphony, while Tchaikovsky’s Second Piano Concerto offers an auditory glimpse into the composer’s limited happier days.

It’s a toast to rare gems, including music by Wagner’s Danish contemporary, Niels Gade, and Arturo Marquez, whose mariachi influences add flair and festivity to this season finale event! 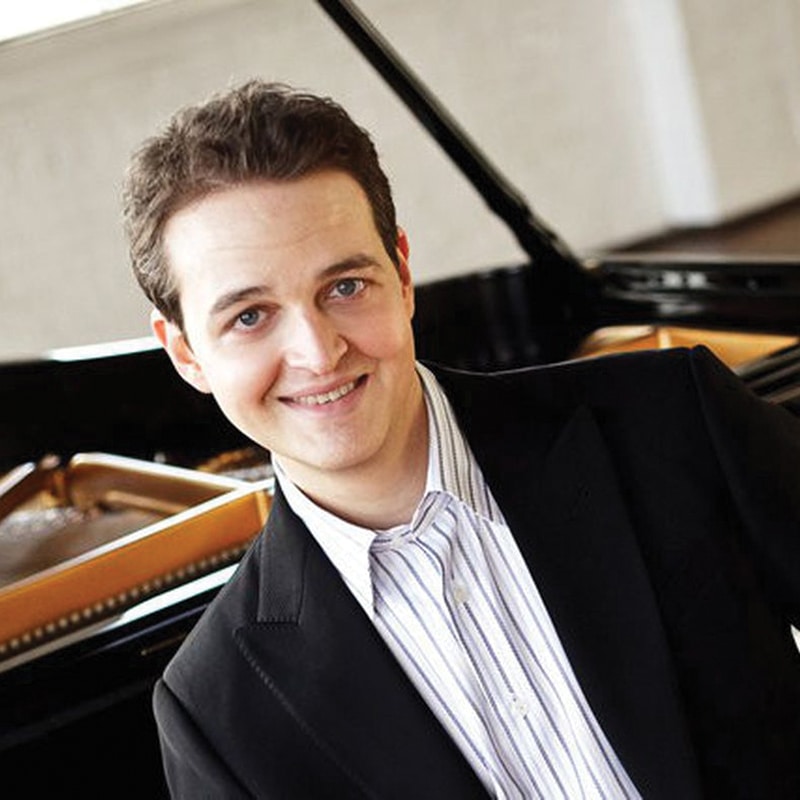 Hailed as a “consummate artist — brilliant, formidable, effortless, and the epitome of control and poise,” Robert Henry is an internationally distinguished pianist, performing throughout the world as orchestral
soloist, recitalist, accompanist, and chamber musician. Since winning the Gold Medal in four International Piano Competitions, he has presented critically acclaimed solo debuts at Carnegie Hall, the
Kennedy Center, and concert tours of the U.S., England, Nova Scotia, and Italy. In 2010, Mr. Henry released his award-winning debut CD, Twelve Nocturnes and a Waltz, which included a world premiere.
Future projects include a London debut in prestigious Wigmore Hall.

As educator and pedagogue, Robert Henry presents lectures, masterclasses, residencies, youth concerts, and has been featured in American Music Teacher. He has served as recitalist, clinician, and juror for state, regional, and national MTNA conventions and competitions. He is Artistic Director of the Great Performances Concert Series in Highlands, NC, and proudly serves as Artist-in-Residence at Kennesaw State University in Atlanta, GA. Mr. Henry earned the Doctor of Musical Arts degree from the University of Maryland. He is a Steinway Artist.