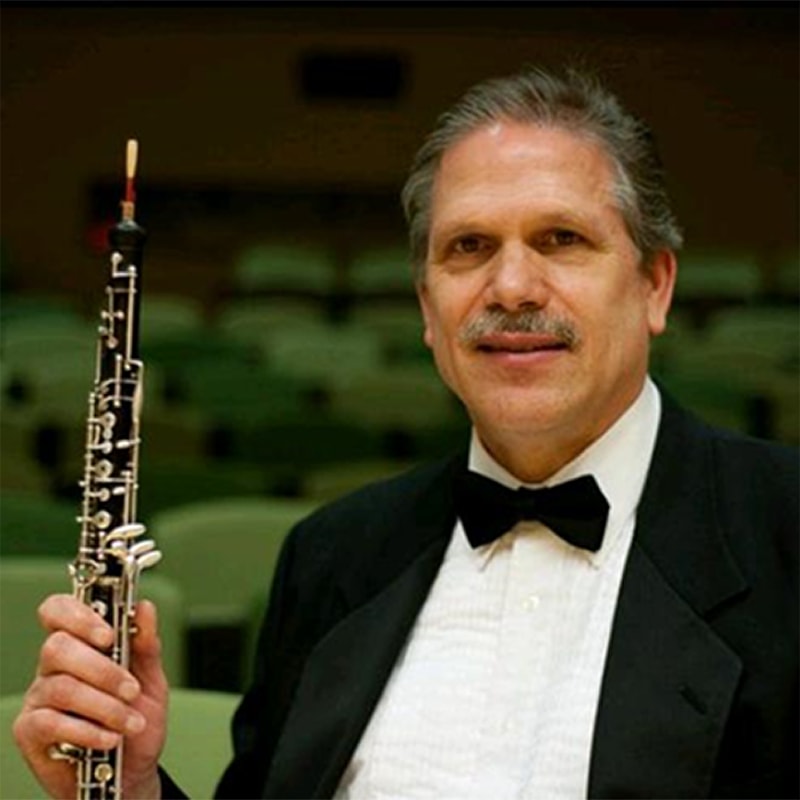 Prinicpal oboist of Portland Columbia Symphony since 1990, Brad studied with world-renowned oboist Marc Lifschey during the 1970’s while living in the Bay Area. Mr. Lifschey was principal oboe with the San Francisco symphony at the time, and notably, principal in the Cleveland Orchestra under Szell in the 1960’s. Since returning from the Bay Area to Portland, Brad has performed with the Oregon Symphony, Portland Opera, Portland Chamber Orchestra, the Vancouver Symphony and the Newport Symphony. In the Bay Area, Brad performed with the Berkeley Orchestra under Kent Nagano, and the Santa Rosa Symphony.

Brad is a founding member of the Madero Winds ensemble featuring a woodwind trio and woodwind quintet.