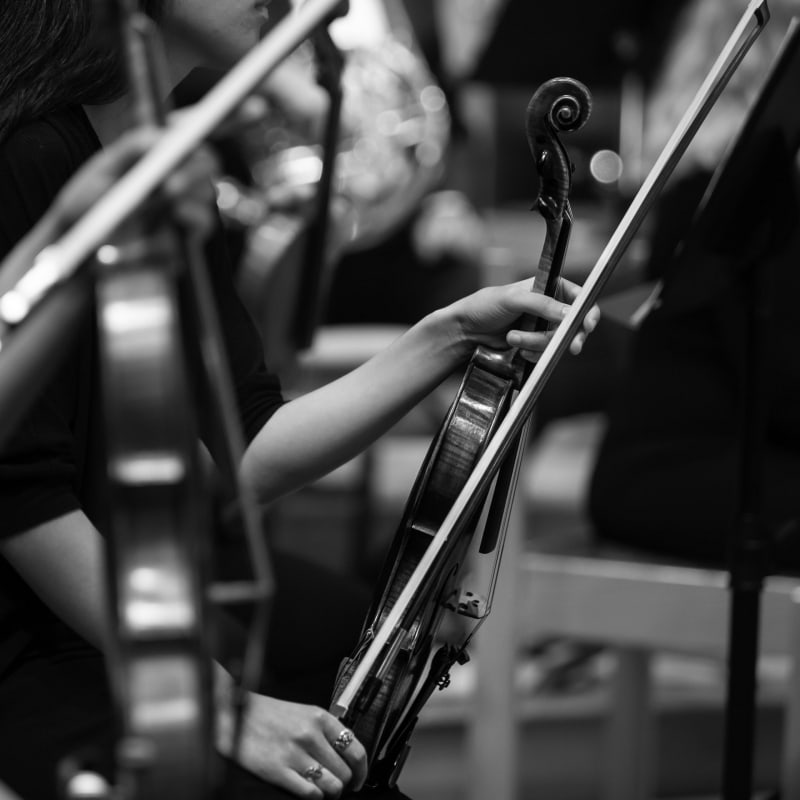 Erin Ferree, a native of Las Vegas, began her violin studies at the age of eight, and received her Bachelor of Music Education from Loyola University in New Orleans. She has taught string orchestra in the Gwinnett County Public Schools in Georgia, Washoe County School District in Nevada, North Clackamas School District in Oregon, and the Evergreen Public Schools in Washington. As a clinician, she has judged orchestra festivals and Solo and Ensemble festivals in Georgia, Nevada, Oregon, and Washington.

Erin’s performance journey has taken her all over the United States, as well as to France and Costa Rica. An Oregon resident since 2001, she has performed with the Portland Chamber Orchestra, Bravo! Vancouver, and Oregon Chamber Players. She also enjoys playing chamber music whenever possible.

When not teaching, practicing, or performing, she can be found perfecting her scone recipe or exploring the Pacific Northwest with her husband and daughter. Erin has been a proud member of Portland Columbia Symphony Orchestra since 2002.